With the popularity of 4G LTE networks, they are changing their home routers from ADSL to 4G LTE Gateways. Since Huawei router gateway has a good reputation, many end-users are interested in Huawei home router WiFi . However, some of them are unfamiliar with Huawei 4G LTE routers, which may cause problems when trying to buy a Huawei 4G Router, especially the Huawei routers’ names are very similar, for example, the Huawei B525 and B529. From the model number, you can not identify what is the difference between the two routers and which one is better. In this article, you will find the answer. 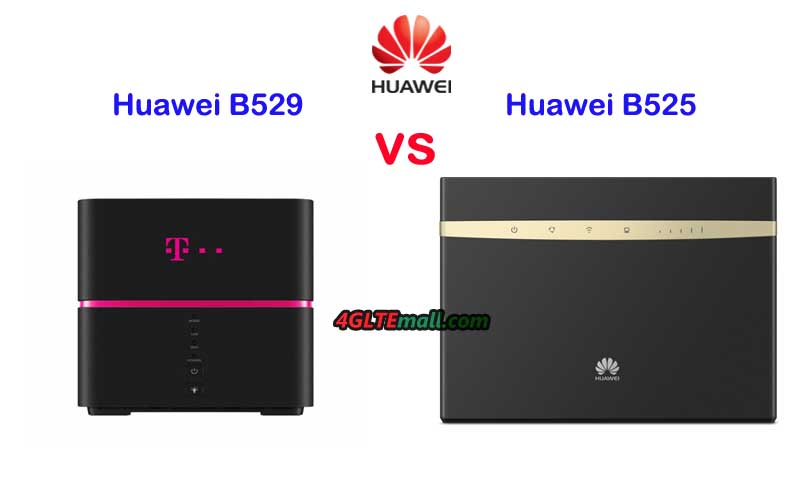 Huawei B525 B529 VS Appearance and Interfaces

From the model number, you may not know the key difference, but once you get the two router in hand, you may find the two name-similar router are very different. The Huawei B525 is a traditional stationary router. On the front, there are few indicators for the internet connection, power, network mode, signal and WiFi. On the back, there are 4 LAN ports (One of them is for WAN/LAN), one RJ45 telephone and one USB 2.0 port. However, the Huawei B529 HomeNet box looks not like a router; it’s in a shape of a cube and looks like a piece of cake, really. The available specific model is Huawei B529s-23a for T-mobile. On the front, there is T-mobile logo with LED indicators of Mode, LAN, WiFi, and Power. Below the LED indicators, the power button and light button. On the back, there is only one Ethernet LAN port for PC with the power plug port. On the upper part, there are two connectors for an external antenna. The connector type is TS-9. 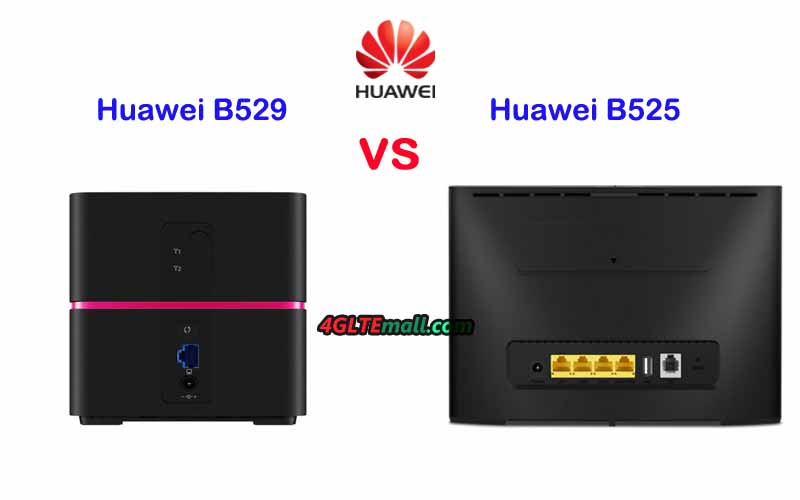 The design of Huawei B529 is very special and we have to mention. In the middle of the Huawei B529, there is a light line which divides the router into two parts. However, unlike its predecessor T-mobile HomeNet box Huawei E5170, the two parts of Huawei B529 cannot be divided. The highlight of Huawei B529 is the built-in battery of 3000mAh, which could let the Huawei B529 working on the go for working around 8-10 hours. The two routers have the similar feature is that the SIM card slot is at the bottom, and they both use micro SIM card size.

Specs and Variant Models To support various LTE frequency bands in different areas, Huawei B525 4g cat6 router has two variant models: Huawei B525s-23a and B525s-65a. Huawei B529 has only one variant model B529s-23a, which is only available for T-mobile. From the appearance, you may not get the key difference and which one is better. Below the table will list the Huawei B525 specs and Huawei B529 specs, and other features. You may reference the two Huawei routers. 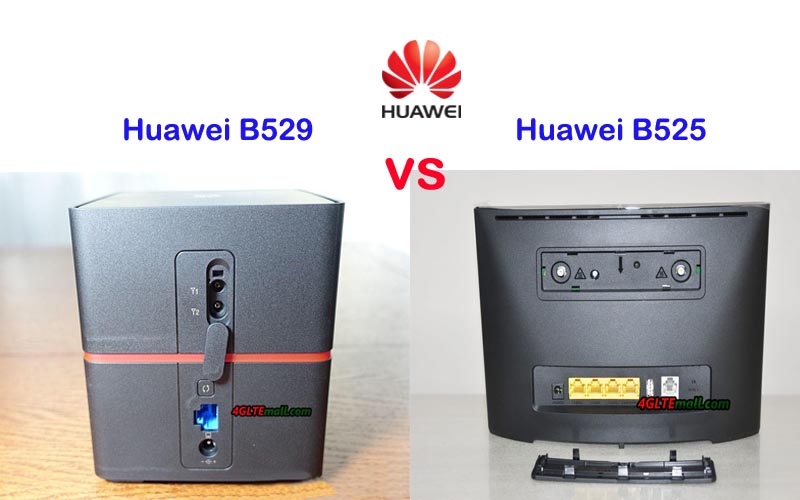 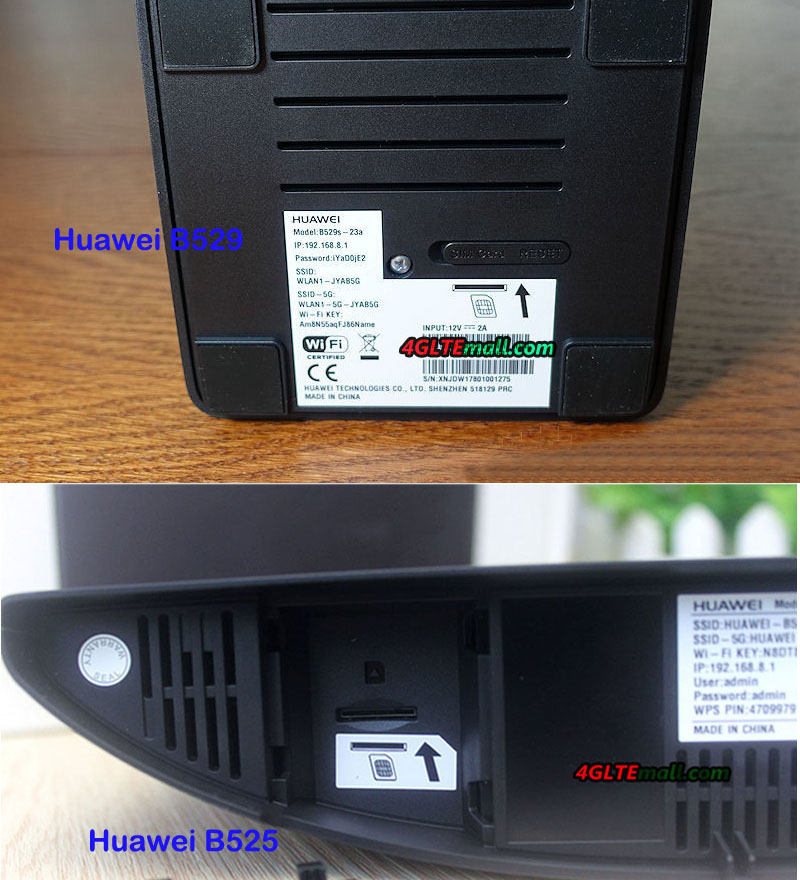