USB surf sticks with LTE modem were the first devices for the first LTE networks in 2011, with which you could use the new mobile network of the fourth generation. In Europe, for example, the Samsung GT-B3740, Huawei E392u-12 and the Huawei E398 were widely used. In the meantime, at the end of 2017, LTE surf sticks in the end customer sector hardly play a role anymore. Most customers want to use a LTE hotspot with WLAN and battery for mobile use and a “real” LTE router with LAN and WLAN function for stationary use as a DSL replacement. For industrial applications, Huawei now presents a new LTE stick: Huawei MS2372. 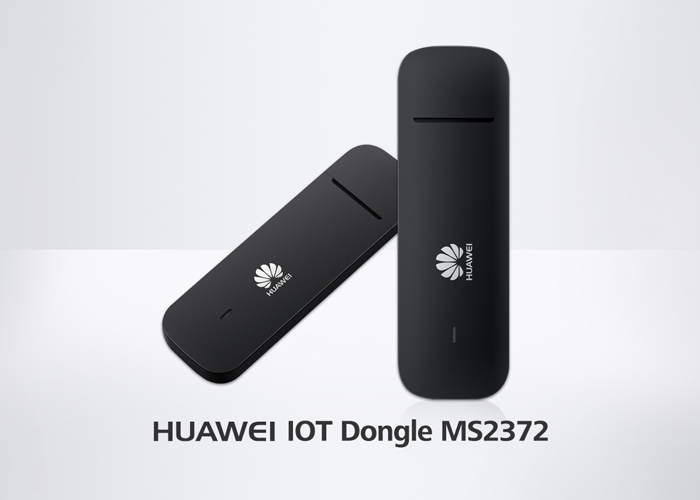 Huawei MS2372 Applications According to the manufacturer, the Huawei MS2372 LTE USB dongle can be used, for example, in mobile sales terminals, in vending machines, in consumption meters or in medical device. These devices require a connection to the Internet for a variety of reasons and can be upgraded with the LTE Stick as needed. For example, a remote update of certain devices is possible or a vending machine can report transactions in real time to the central office. The Huawei MS2372 seems to replace the previous old model Huawei E220 modem, which was widely used in various terminals. To support different LTE frequency bands from various network carriers, Huawei also presents many sub-models like the Huawei E3276 LTE Stick to support these networks:

Extended temperature range For the consumer market, usual LTE modems work only in a quite limited temperature range. For the MS2372, Huawei has significantly extended this temperature range, the stick works between -20 and +55 degrees Celsius. The Huawei 4G dongle requires a power supply of 5V / 700mA for operation and is quite compact at 88mm x 28mm x 11.5mm. The weight is just under 50 grams.

LTE Cat4 with 150 MBit/s The maximum speed in the LTE network is around 150 MBit/s in the downlink and 50 MBit/s in the uplink. This corresponds to LTE category 4. In addition, the stick is backwards compatible with 3G/UMTS and 2G/GSM, including the data accelerators DC-HSPA+ and EDGE. The following frequency bands are supported by the model MS2372h-153 designed for the European market:

On the side of the USB stick, there are two connections for external antennas under one cover.