As the first 5G mobile phone from Nubia, the RedMagic 5G from the Chinese manufacturer ZTE is primarily geared towards gaming and (according to the name) supports the new 5G mobile communications standard. The Nubia’s flagship RedMagic 5G will go on sale globally starting April 21. 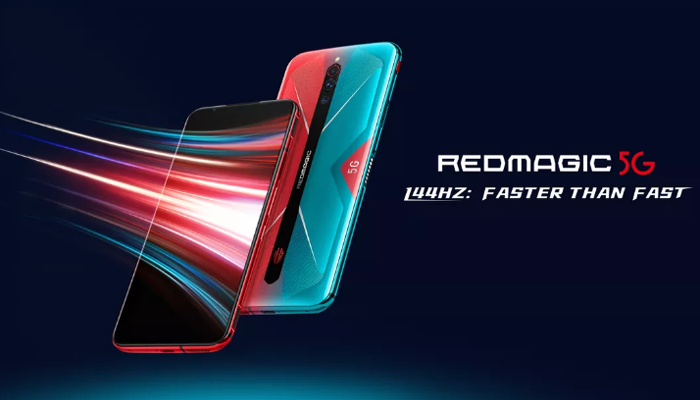 The heart of the Nubia RedMagic 5G is the new Snapdragon 865, which is cooled down by active liquid cooling for maximum performance. It is supported by an Adreno 650 GPU and a 5G modem with SA + NSA dual-mode operation. Depending on the model, there are four different combination for storage: 8GB RAM + 128GB ROM, 12GB RAM + 128GB ROM, 12GB RAM + 256GB ROM, and 16GB RAM + 256GB ROM, of course, the prices would be higher on the large capacity. A 4,500 mAh battery is responsible for the power supply, which can be quickly charged with a maximum of 55 watts.

In terms of specs, the RedMagic 5g features a 6.65-inch FHD+ AMOLED display with 144Hz refresh rate and 240Hz touch sampling rate, with a follow-up response time of 14.9ms. It also gets a sliding response time of 45ms and a click response time of 32.2ms. The phone sports the latest Snapdragon 865 chipset paired up with up to 16GB of LPDDR5 RAM. It comes with latest L-shaped cooling pipe and also gets new Active Liquid-Cooling with Turbo Fan 3.0 which is claimed to be 200 per cent cooler from previous RedMagic smartphones. The new cooling technology has also increased the airflow volume by up to 30 per cent and features multilayer thermal graphite as well. The specs seems much better than the other 5G phones from ZTE such as ZTE Axon 11 5G and Axon 10 Pro 5G. 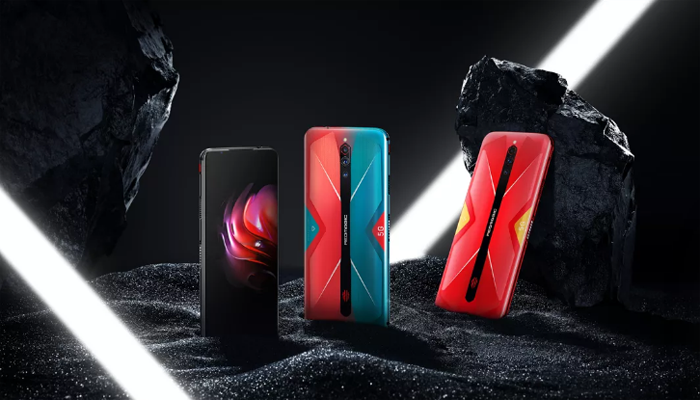 First of all, the 5G mobile smartphone starts in China. However, it should also be available globally in April 2020. And now the Red Magic 5G phone is available in China for sale and the price is in middle range, not cheap and also not too high. Converted from the China prices, the smaller model in black and red with 8 GB RAM and 128 costs just under 600USD, the best one with 16 GB RAM and 256 GB memory is over 800USD.