Like its competitors Quectel and Gemalto, the British manufacturer of cellular radio modules Telit will present two LTE module models compatible with LTE-M and NB-IoT based on the Qualcomm 9205 chip, which is an LTE modem announced at the end of 2018 and combines LTE Cat-M1(eMTC or LTE-M), LTE Cat-NB2(NB-IoT) and 2G/E-GPRS connectivity, application processor, satellite geolocation (GPS, Beidou, Glonass , and Galileo) on a single chip. 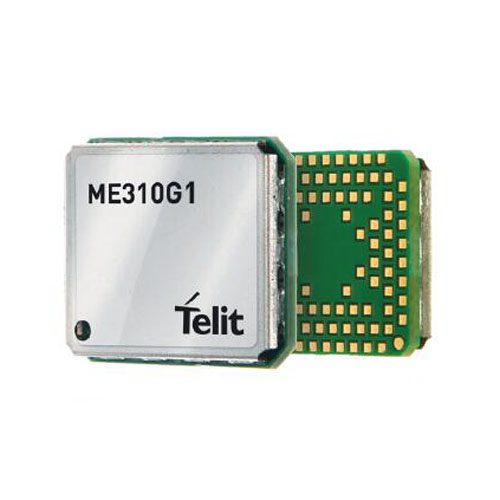 The two model numbers are ME310G1 and ME910G1, which have an optional 2G fallback mode (in case the NB-IoT and LTE-M networks are not available). They are the first Telit LTE modules compatible with the Release 14 3GPP and target applications at medical devices worn on oneself, sport activity plotters and industrial sensors. The new modules are ideal for battery-powered applications via improved features such as Power Saving Mode (PSM) and extended Discontinuous Reception (eDRX), which periodically wakes up the device to transmit only the smallest amounts of data necessary before returning to sleep mode. Both modules also ensure reliable indoor connections, with a maximum coupling loss of up to +15dB/+20dB for superior in-building penetration compared to earlier LTE standards.

As the latest member of the Telit xE310 family, the Telit ME310G1 is 14.3 x 13.1 mm and can replace 2G, 3G and LTE modules that are compatible with this format in existing devices. The ME310G1 LTE-only variant is less than 200 mm2 and variant with 2G fallback is less than 300mm2 and they enable enterprises to deploy new small footprint designs across many application areas including asset tracking, health-care monitoring, smart metering, portable devices, industrial sensors, home automation, and others that benefit from low-power and low-data rate capabilities. The xE310 family’s flexible perimeter footprint includes pin-to-pin compatible 2G and 4G modules, enabling integrators to design a single PCB layout and deploy a combination of technologies. 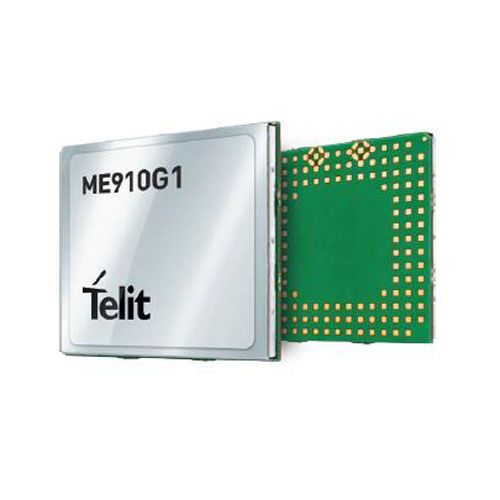 The Telit ME910G1 module is in dimensions of 28.2 x 28.2 mm. And it is the latest member of Telit’s best-selling xE910 and family. The ME910G1 is also a drop-in replacement in existing devices based on the family’s modules for 2G, 3G and the various categories of LTE. With Telit’s design-once-use-anywhere philosophy, developers can cut costs and development time by simply designing for the xE910 LGA common form factor, giving them the freedom to deploy technologies best suited for the application’s environment.

Both versions are finally compatible with GSM voice calls and will eventually be used in VoLTE applications that require the ability to make phone calls (in the area of ​​personal safety for example). Samples of the ME310G1 and ME910G1 modules are already available. Volume production is planned at the end of 2019 or the first quarter of 2020 depending on the version.