What’s the difference between Huawei B525 and B315 4G LTE Router?

As time goes, Huawei is always presenting new 4G WiFi routers to the public. Most of the end-users may know the old router model but may be unfamiliar with the new LTE router. Many people may know the Huawei Router B315, Huawei B525 router, which is similar to the Huawei E5186 Specs. If they would buy a Huawei 4G WiFi router , you can ask what difference between Huawei B525 and B315 LTE CPE is, and which one is better between the Huawei B315 and B525? 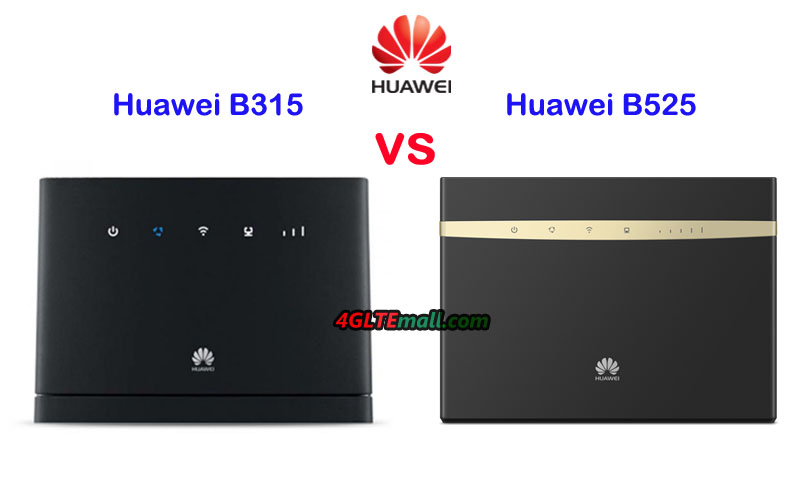 Huawei Router B315 and B525 are both in the shape of a traditional home router. They look similar from the appearance. LED indicators for power, mode, WiFi, LAN, and signal. The Huawei logo is in the middle of the front face. There are 4 LAN ports (One for LAN / WAN), One RJ11 for phone, One USB 2.0 port for data sharing, and Reset hole listed on a line. However, Huawei B315 has many variant models; the interfaces may vary on some variant models. There are two SMA-female connectors for external antennas, if you would buy Huawei B315s antenna , remember the connector should be SMA-male. The connectors are covered by a small cap. 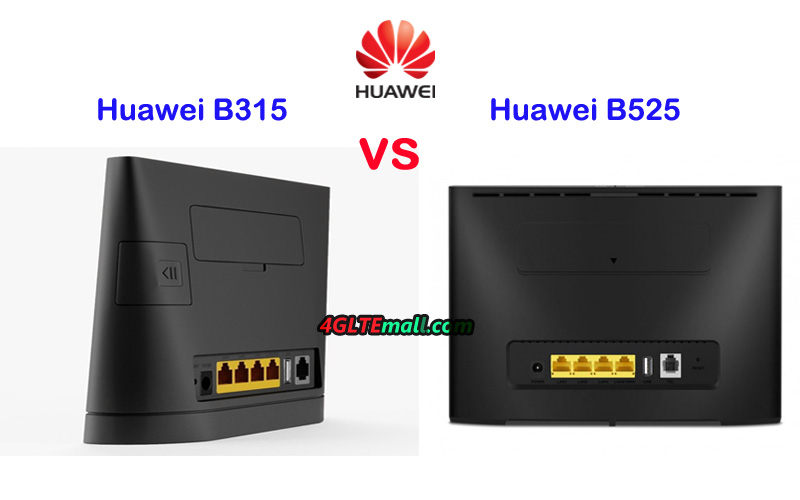 The power and WPS buttons of the two routers are located at the top edge side. The SIM card slot of Huawei B525 router is located at the bottom of the device, where the label is also there with some important information such as model number, IMEI & S/N number, SSID, WiFi key, WPS pin, FCC ID, Manufacturer, and Made-in-China. The label of Huawei B315 is also at the bottom, however, the SIM card slot is on the side of the body. The Huawei B525 uses Micro-SIM size while the B315s uses standard SIM size.

From the appearance, you may not get the key point about the difference between the two router because they are very similar in the appearance. Then we have to check the specs of Huawei B525 router and B315 LTE CPE for reference: 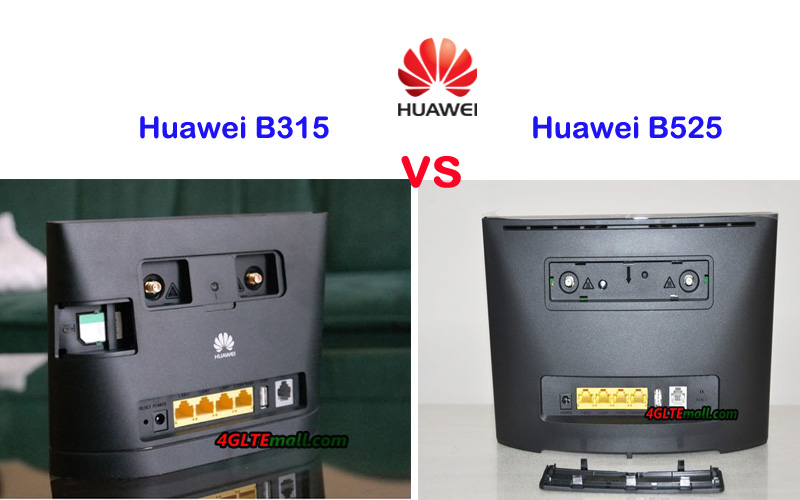 From the specs of the two routers in the table, we can see the Huawei 4G Router B525 supports LTE Category 6 networks with carrier aggregation, so it could achieve download speed up to 300Mbps, which is almost the double of that of B315 Router. This should be the key difference between the two routers. As we can see, the Huawei B525 has only two variant models: Huawei B525s-23a and B525s-65a. Huawei B315 has more variant models such as B315s-936, B315s-22, B315s-607 and B315s-608 etc.. The variant models support different LTE frequency bands for various network carriers worldwide. 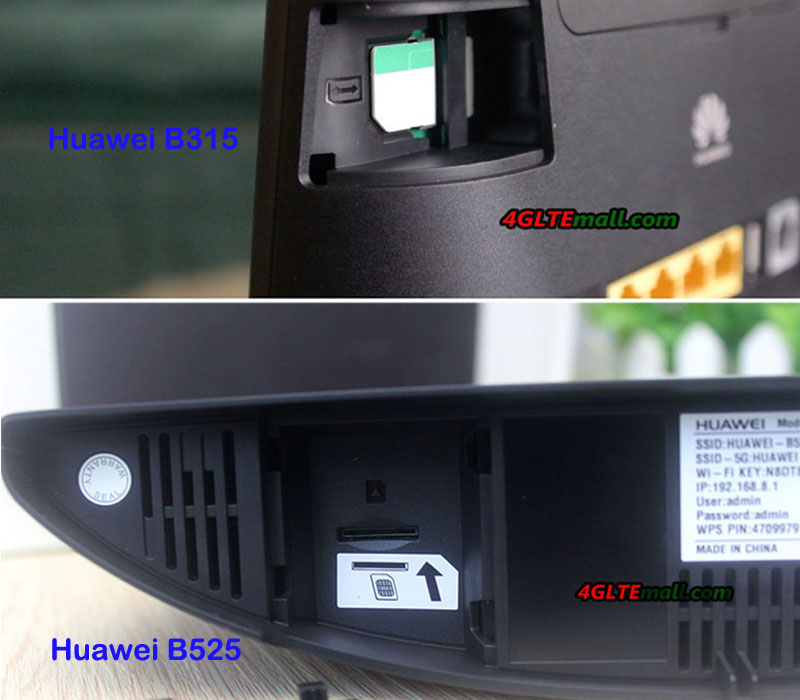 So Huawei Router with Huge LTE frequency bands, you can get support from Huawei B525 currently. However, if the Huawei B525 could support the LTE bands from your network providers, buy a Huawei B525 router would be right. Of course, the advanced Huawei B525 would be more than B315, but not too much. And the LTE-A router Huawei B525 would definitely provide faster speed than B315 with same network conditions.