What’s the Difference between Huawei B525 and B618?

Huawei B618 and Huawei B525 are both Huawei WiFi routers with Ethernet port . Most people are not quite familiar with the two routers. For those who want to buy from the LTE CPE B618 and B525, what is the difference between the Huawei B525 and B618 router? Which one is better to use at home or in an office? We will look at the difference from the appearance, the interfaces, the variant model, the specs and other features to conclude for the buyers. 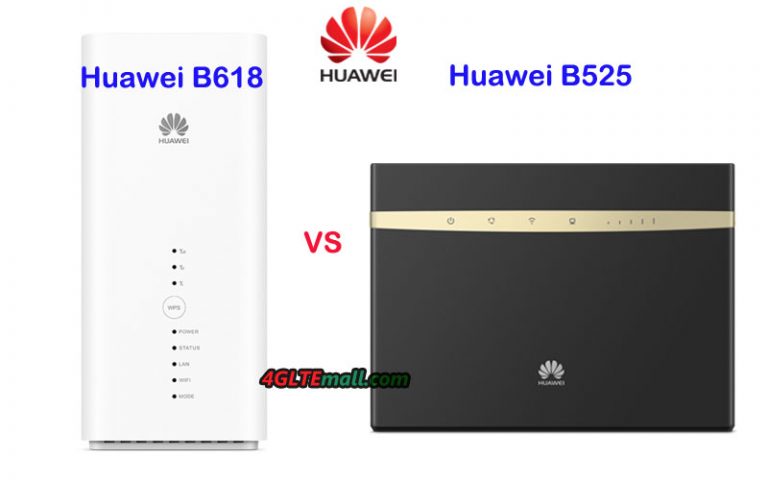 Huawei B618 vs B525 Router Appearance

The Huawei 4G Router B618 is not like the common router, it’s in a shape of cube. However, the LED indicators and the Ethernet ports are still available but with different quantity. Huawei B618 Router has two LAN ports(One for LAN & WAN). The RJ11 port for telephone and USB 2.0 port are still available. The difference is that the Huawei B525 has two antenna connectors in the type of SMA while B618 LTE CPE has two TS-9 connectors, which is usually available for a Huawei LTE USB modem. What’s more, the two routers both use Micro SIM card and the SIM card slots are located at the bottom of the two routers. 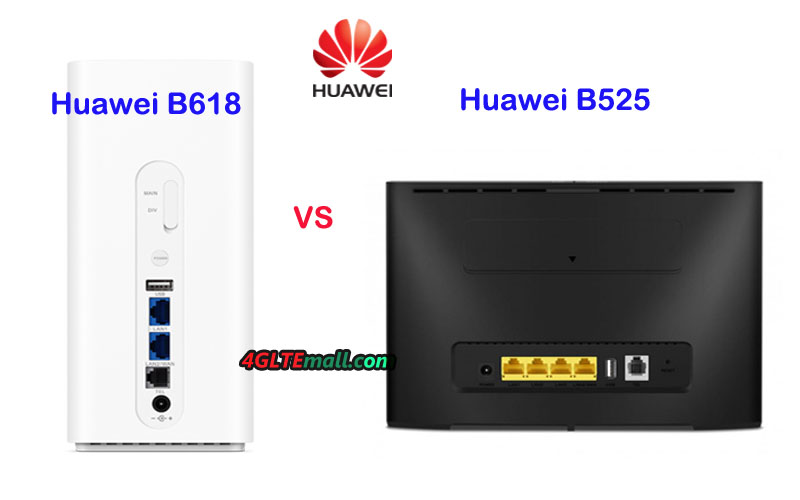 Huawei B525 WiFi router was available earlier than B618 LTE CPE, and it’s technically similar to its predecessor Huawei E5186 WiFi router. The shape of Huawei B525 is in the shape of traditional stationary wireless router, which could stand on the desktop, on the front, there are some LED indicators and there are 4 LAN ports on the back for Ethernet connection to PC or other terminals. Two connectors are available on the top back of the router for connecting external 4G/LTE antennas. One RJ11 port for phone and one USB 2.0 port for data sharing are available. 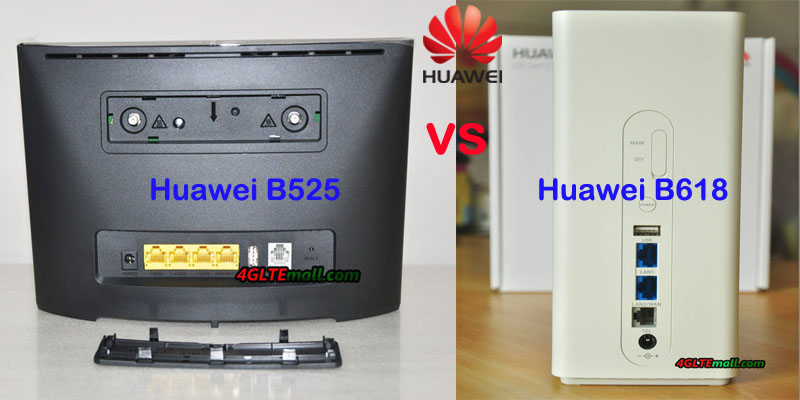 Huawei B618 vs B525 Specifications

From the appearance, you may not really make a decision which one is better to select. The Huawei B525 specs and Huawei B618 specs are the key difference, which may influence the daily usage. This time, we take Huawei B618s-22d as example. In below the table, you will see the difference of the specs difference: 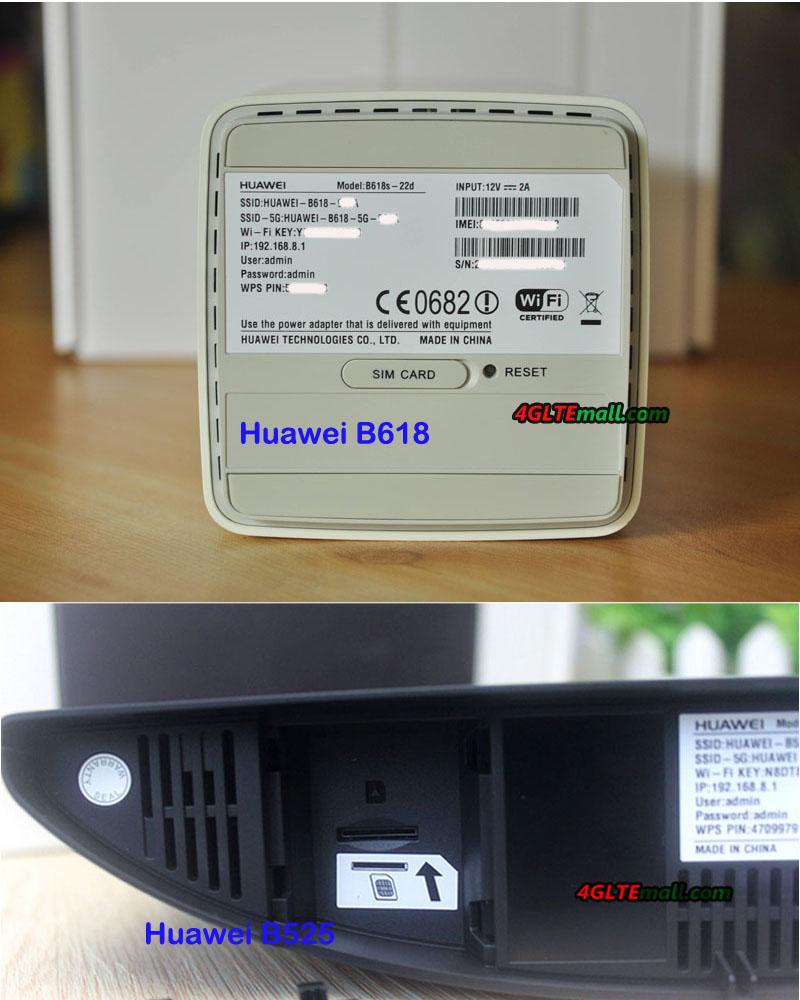 However, the advanced Huawei B618 router has a higher price than that of Huawei B525. Frankly speaking, the Huawei B525 could work for us. Huawei B525 would be great for most people.