More and more network providers worldwide are upgrading their networks to LTE Advanced LTE-A Pro. So the end-users of the wireless devices are also demanding the higher-level LTE equipment. Huawei had supplied many LTE Cat.3 and Cat.4 routers to the network providers. And now the Huawei LTE advanced and LTE-A pro routers are becoming more and more popular. Huawei B315 and Huawei E5186 are two typical Huawei 4G wireless Routers ; However, many people do not know what the difference between LTE wireless routers is. Today, we will check what is the difference between them and which one is better. 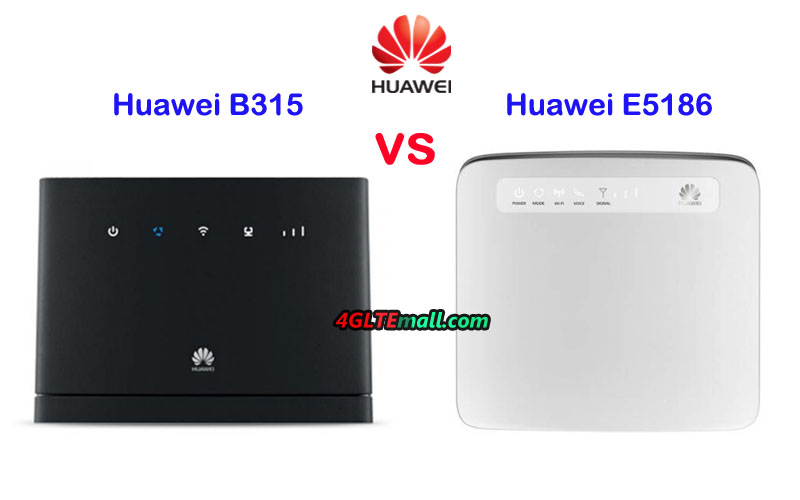 Huawei E5186 Huawei VS B315 Appearance and Interfaces

Huawei B315 and E5186 LTE CPE are both traditional stationary router. On the front, there are few LED indicators such as Power, mode, WiFi, signal and Voice (on E5186). On the back, there are 4 LAN ports (One for LAN/WAN), One USB2.0 port, and two connectors for an external antenna. The Huawei B315s-22 has only one telephone port while Huawei E5186 modem has two telephone ports and has voice indicator on the front. The connectors in the two routers for the external antenna are SMA type. If you would buy Huawei B315 external antenna, you can refer to the 4G LTE Outdoor Antenna with two SMA connectors. The antenna could also be used with Huawei E5186 LTE Router. 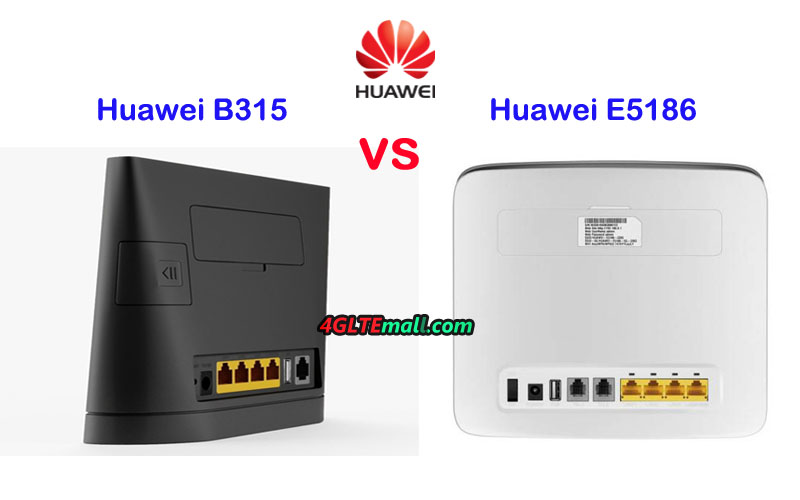 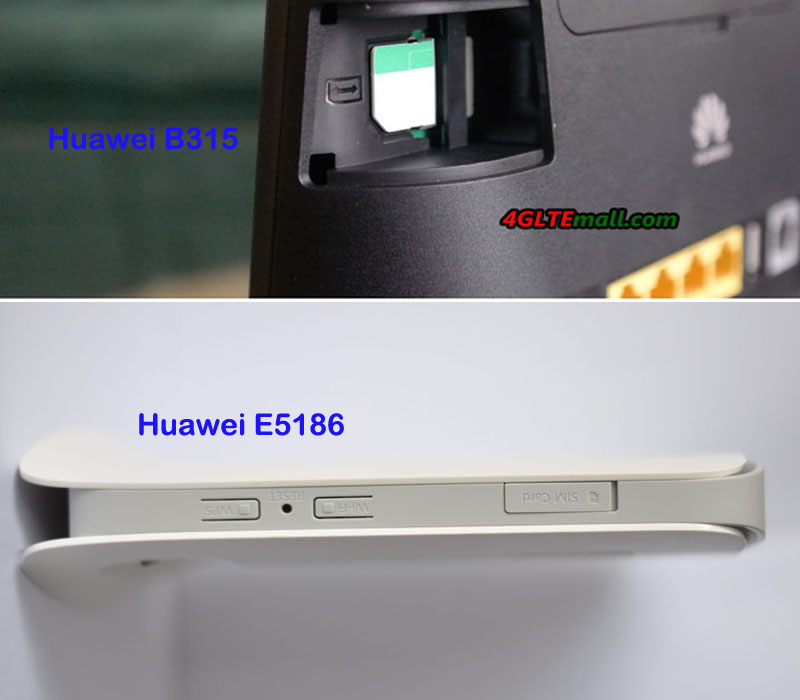 Huawei B315 VS Huawei E5186 Specs and Variant models 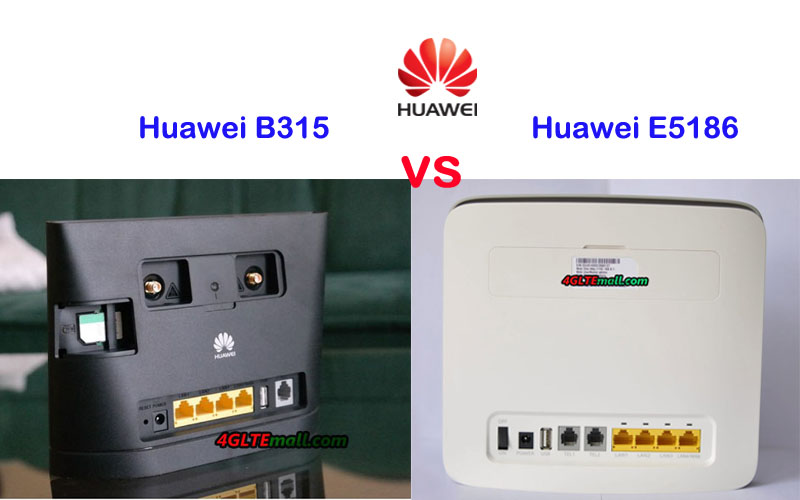